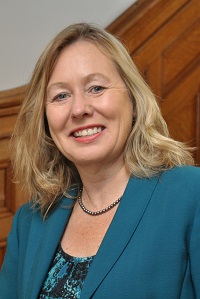 Meg Benke, Ph.D., is Professor Coordinator of the Master of Arts in Adult Learning and former  Provost and Executive Vice President for Academic Affairs at SUNY Empire State College.  Dr. Benke has had an extensive career at Empire State College, serving as professor, dean of the Center for Distance Learning, vice provost, provost and acting president. In 2013, Dr. Benke was inducted into the International Adult and Continuing Education Hall of Fame https://www.halloffame.outreach.ou.edu/ for her leadership contributions to adult and online learning.

Dr. Benke was recognized for the Most Outstanding Achievement in Online Learning by an Individual, by Sloan-C, a national consortium for distance learning providers in 2007. In Oct. 2010, Benke was honored by the board of directors of the Online Learning Consortium, by being named to its inaugural class of Fellows, for her extraordinary qualifications, significant experience, distinguished service and leadership in the field of online learning. She served as president of the board of directors of OLC for six years. Dr. Benke also serves as a commissioner for the Middle States Association for Higher Education, and participated as a commissioner for the National Commission on Inter-state Regulation of Distance Education which served as a foundation for SARA. She also served as a member of New York State's Regents Advisory Council.  Dr. Benke was a Fulbright Research Scholar at Waterford Institute of Technology in Ireland in 2015.
In 2020, Dr. Benke was appointed served on Governor Cuomo’s New York Reimagine Education Advisory Council, which developed the planning for the reopening of New York’s P20 Sector and higher education sector.  Dr. Benke also co-chaired the SUNY Provost’s Online Advisory Committee.

Dr. Benke’s presentations and publications focus on adult learning, online learning, prior learning assessment and progressive education.  Recent book chapters include in an edited volume, Leading the e-learning Transformation in Higher Education,(2nd ed.) the chapters  "Leading Beyond the Organization," co-authored with Mary Niemiec, and, “Online Student Services Optimize Success and Engagement for All Students,” co-authored with Victoria Brown and Josh Strigle.  She also had a chapter in  “Game Changers:  Education and Information Technology," edited by Diane Oblinger,“SUNY Empire State College: A Game Changer in Open Learning,” Educause Digital Book.